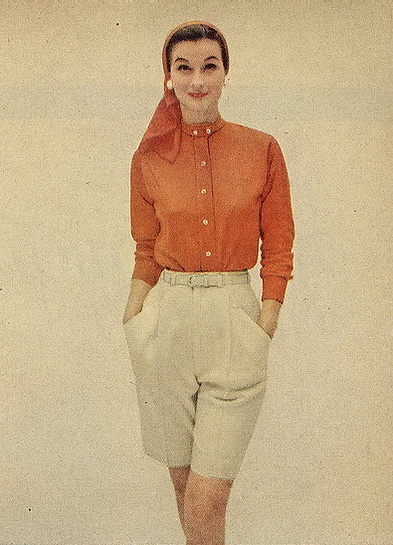 Errr… Grandma called!!! She wants her shorts back. This pretty much sums up what I have to say about these long shorts making a fashion comeback for 2014 spring & summer.

After an over-usage of all surprise slash hate words and facial expression for this shorts trend, I decided to put my personal likes and dislikes aside and see why in the name of God would we bring back in fashion the ugliest shorts and most unflattering length ever? Are we really that blinded by the concept of fashion and trends that we’ve practically been brainwashed, or is it possible that these Long Shorts motherfuckers are not that bad?

While I think it’s a case of both (I mean, do you really think people who wear skirts over trousers are sane?) I also think this trend is great for more reasonable motifs like: getting away with wearing shorts but not exposing the legs.

Now, that’s what I call a great trend gimmick. 😉

The hem’s length also makes long shorts incredibly versatile, as they basically are the new summer trousers, stretching from office, to dinners, to parties, to weekend getaways. It’s all just a matter of finding the right length (we’re talking inches here, a few above the knee or just across the knees, depending on the style, actually make all the difference), the right fabric, cut, design (large, skinny, tailored), anything that works for trousers, works for bermuda shorts as well. Ain’t that great?

Still let’s stop lying to ourselves and deal with both sides of this fashion matter.

Why do we hate Bermuda Shorts?

#2 Or, even worse (yes that’s possible) they’re 90’s-hooker-gone-serious-pants (like she’s not doing shorts, but can’t commit to long pants either) ads some cheap heels, tight top, and why the surprise face when you’re hollered at. The skinny bermudas? Horrendous, if you ask me. And what’s even worse is that we’ve all done them somewhere in the late 90’s early 2000s. LOL.

Situation #3 is less painful but bad nontheless. Bermudas are the shorts of our childhood too, which is totally worth an awww, but there’s a reason why only kids wear them. Did anyone say ridiculous?

#4 Who the hell is gonna take you serious in Bermudas? Unless you’re going for the Charlie Sheen look, in which case I’m guessing you don’t give a shit.

Okay. But if us, the hardcore sartorial lovers can’t turn ugly into pretty, I don’t know who can. So give a little credit to those who deserve it (thank you!), sit back and take notes. As my I-totally-hate-Bermudas-persona sits back, still refusing to acknowledge the silly pants thing as a trend,  its counterpart had to step in and get a few points for the

Why We Love Bermudas team!

#1 Long shorts’ length (as the name so eloquently predicts) make these easy to wear regardless of the love we have for our legs. Period. 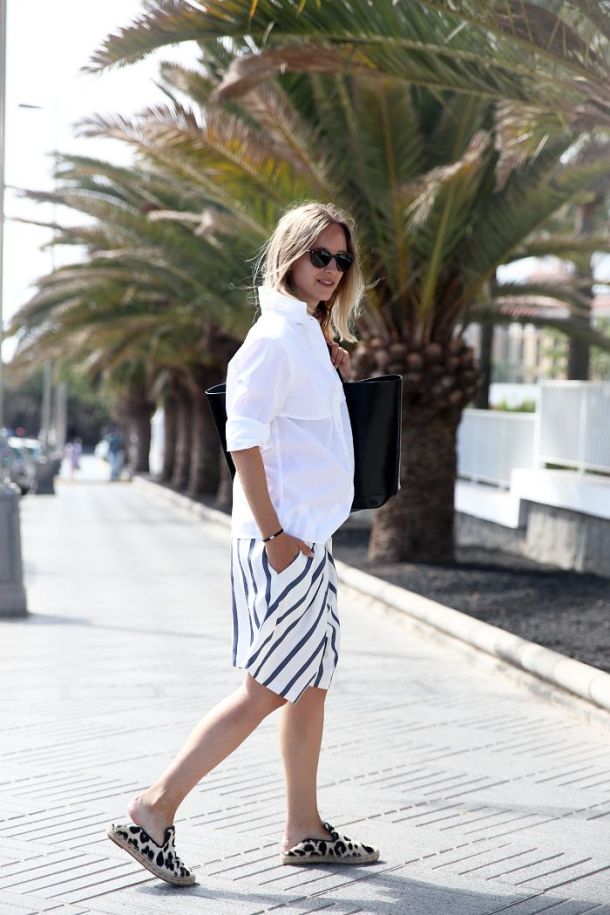 #2 They’re versatile no matter how you put it. Easy to rock for ANY occasion: office (see the tailored versions, with side pockets, slightly loose), casual (see the slouchy styles in denim, cotton, combat style), the more posh versions for evening, the funky styles in prints and patterns. The best ones are the slightly slouchier versions or even skinny styles (yes I just said that), but not super tight, just slimmer around the legs (think Altuzarra or Jason Wu designs). I love Bermudas with simple T-shirts, crop tops or crispy shirts.

Easy to style: blazer on top = office appropriate; heels + fancy top = going out; sneakers + T-shirt = sporty. Anything actually works as long as the design and cut are fit for your body type. 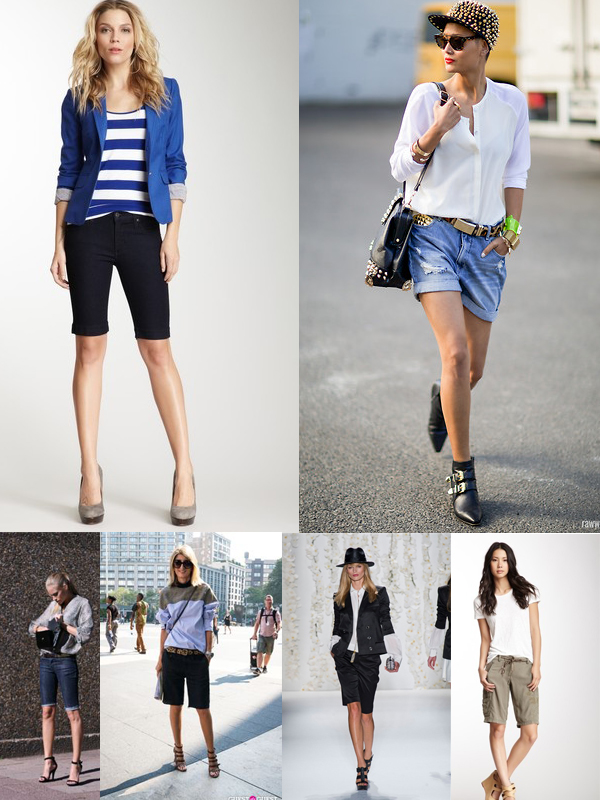 OR, just forget point #1 & #2  above (as they were really more of a stretch rather than a fact. Except for the hiding your legs thing.) and deal with the reality. Bermuda shorts are ugly as fuck, and it’s solely this reason that makes them cool. Cause of the normcore thing, you know. Hipsters are sick of wearing posh clothes, so instead, looking like Seinfeld is actually the only thing left for sartorial lovers to make a fashion statement. Looking common and blending in is the thing today. No wonder Bermudas are HOT again.

How to wear bermudas and look great? Let’s get street style inspired: 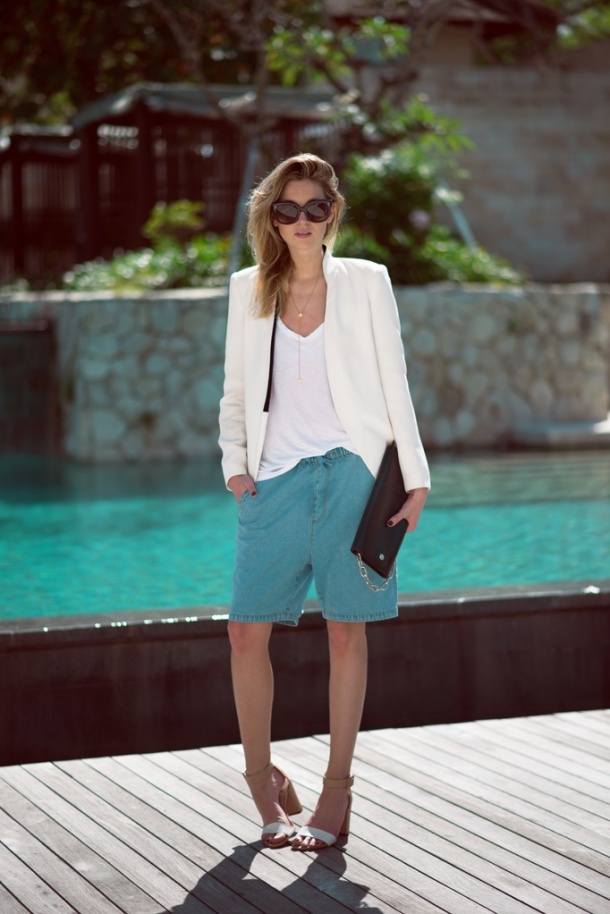 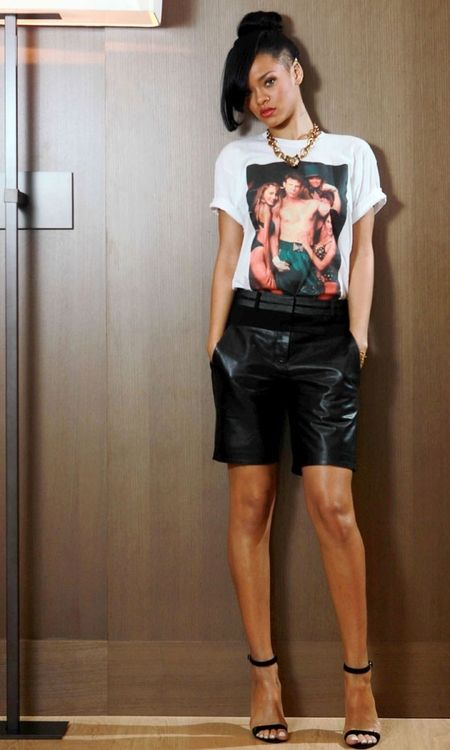 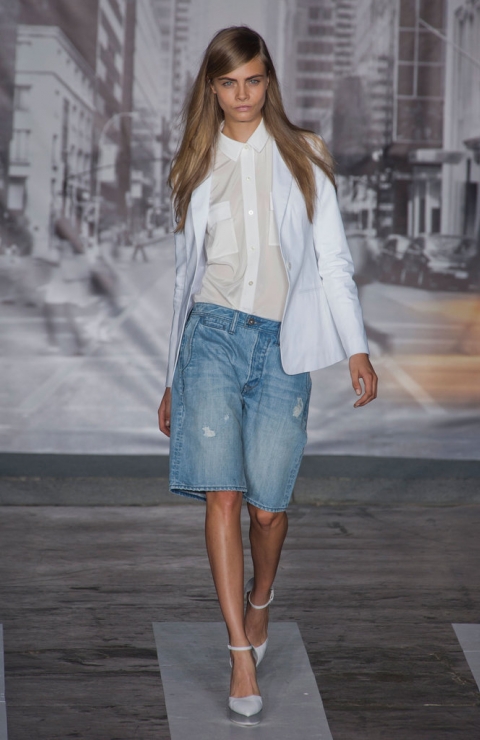 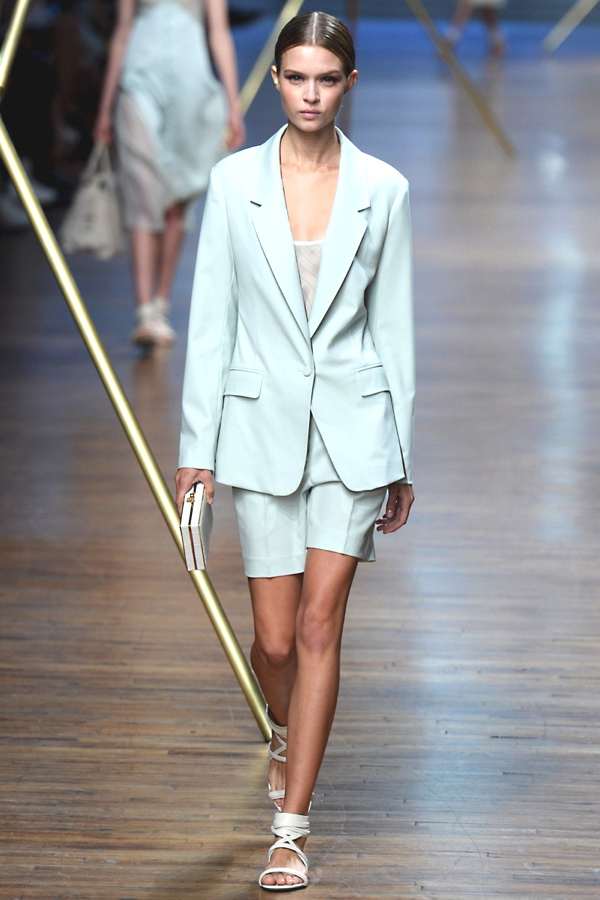 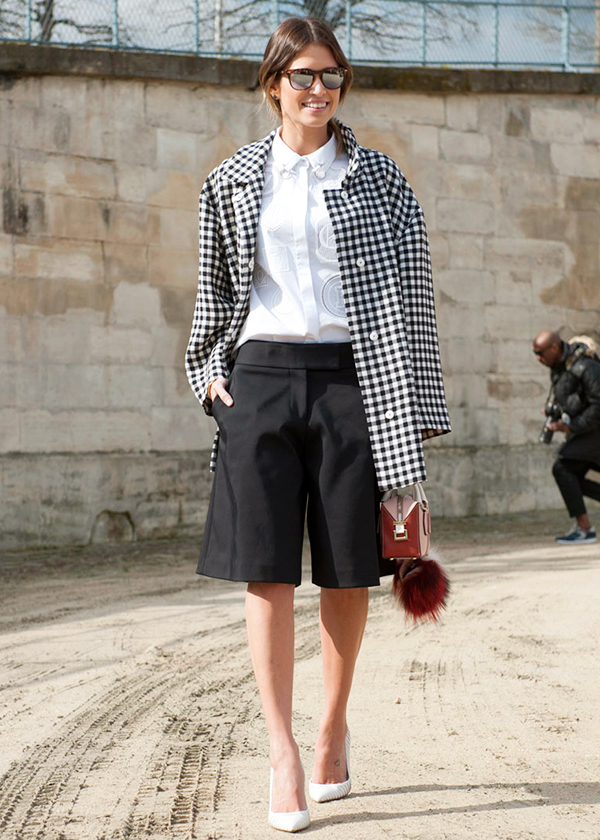 Told you this was a case of sane versus insane. I mean ever since starting this post (actually waaaay before) I’m like a demented fashionista who can’t make up her mind for shit. A few months ago, on the impulse of a DIY mood I cut short my only pair of long bermuda shorts (black pair, tailored, with side pockets, perfect for office looks) on a principle that –  ”Pfff, seriously they’ll never stick as a trend. Not again. And even if they do… I’m sitting this one out.” AHA.

Worst DIY thing I ever did. And not because I really really love them now (which actually I’m starting to), but mostly because they’re a new thing (sort of) and the styling options for it are totally different, hence new (from circa early 2000s) which is like a free ticket to playing sartorials all over again.

What an idiot. Gotta fix this one by shopping. 😉