You know when you read those news or subjects that don’t normally appeal to you, yet you feel as if you can’t sit aside on that that one, just cause it feels unjust? Do we as bloggers, journalists or writers have a duty to tell it like it is and raise awareness on a topic regardless of how silly it may appear to some? I should think so, to be honest with you, and I know I might get the raised eyebrow or effing on this one, but have the media and us readers stooped so low that we embrace bulling for the sake of an extra quid & attention? When it comes to the most talked about and infamous celeb USA has given us – Kim Kardashain – the world has definitely split into 2. Some love her and defend all about her: beauty, style, looks, clothes, family, character, actions etc, while others are utterly disgusted and genuinely hate the exact same things. Ever since Kim has announced her pregnancy though… all this frenzy has gone to a whole new level. Tabloids and TV shows, Social Media channels are all bitching and bulling the poor woman over… how fat she has become since being pregnant. Wait. What? And given all this, she’s doing a pretty good job defending her own shit and making quite a point for herself and why not call it like it is, for all the pregnant women. I mean had she been a non celebrity or an all-around-loved public figure would we still have this ridiculous conversation? I wonder…

A while ago she was on Jay Leno and seemed at a very happy place in her life, which at the end of the day is what matters for any person, let alone a pregnant one. And though I’m not Kim’s biggest fan, I do get caught up sometimes in my guilty pleasure of watching ‘Keeping up with the Kardashains‘ and smiling over their little dramas. I love the family bond these guys have (reminds me of my own big family) the fantastic clothes, great houses, hair, makeup… Hey I’m a girl and though they might embody a bit too much of everything… I throw a glimpse every now and then. When & if there’s something I do not like… I do what all those haters should – don’t watch, don’t care! 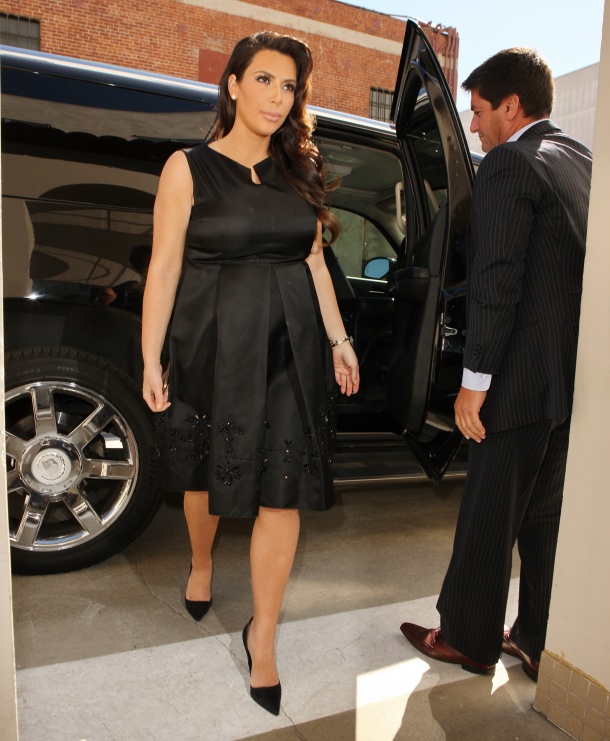 ”I think it’s a little bully-ish to call a pregnant woman fat, I mean what do you expect? I hope I gain weight. I’m a little heavy. I have the rest of my life to be skinny and to lose weight and I’m not really worrying about it. If I have a craving I’ll go for it.” Kim Kardashian – Dailymail

Of course it all started with the most ridiculous yet well masked excuse ever: her pregnancy style and how horrendous she dresses that posh belly, or how she chooses to climb on those too-high-inappropriate heels, or wear uber tight dresses or skirts… As if there’s a rule on how one should dress when being pregnant, other than what makes you feel good. 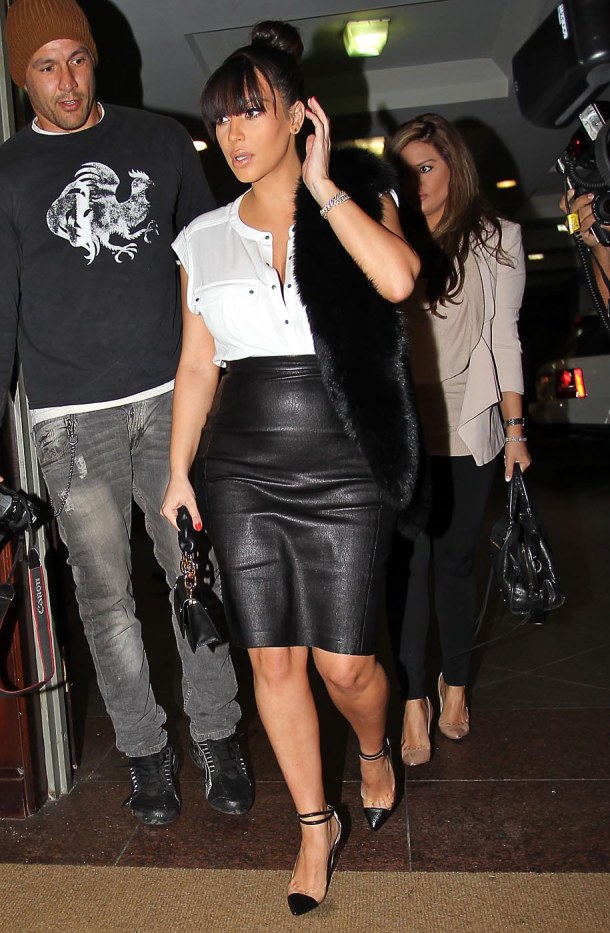 Constantly scrutinized over her fashion choices Kim Kardashian‘s pregnancy style has become like a worldwide issue. What the fuck people? So she loves tight dresses, leather, glam outfits and hot heels. Good for her. While I’m a bit more edgy and love comfort I hope to keep my fashion persona intact and my razzmatazz going while pregnant. Some women go for makeup, hair, nails, accessories… some love it all. Sure she’s had quite a few fashion faux-pas, and that Kanye acting like her stylist thing… not sure anymore if it’s the best decision. He did make her give up her extensions and loosen up a bit makeup and hairstyle wise, but as Khloe once put it ”Kim is a glamour puss” and she owns that style. A lot has been said of course over her pregnancy fashion choices and how ridiculous some were. So I took some time to have a look at some of these supposedly worst dressed scenarios. And you know what? While I did come across a few bad ones,  overall Kim is looking beautiful, posh as always & happy. Sure a bit too much at times… but it sure doesn’t call for the bitch talk. Aaaand… contrary to what some may think (myself included) she is not always that groomed? I’ve seen her pregnant style in loose dresses, tops, sports attire… so there you have it. Anyway… a little debate never hurt anyone, so let’s have a look and tell me what you think about Kim Kardashian’s Pregnant Style? Is it a ‘who cares’, ‘love it’ or ‘hate it’ situation? 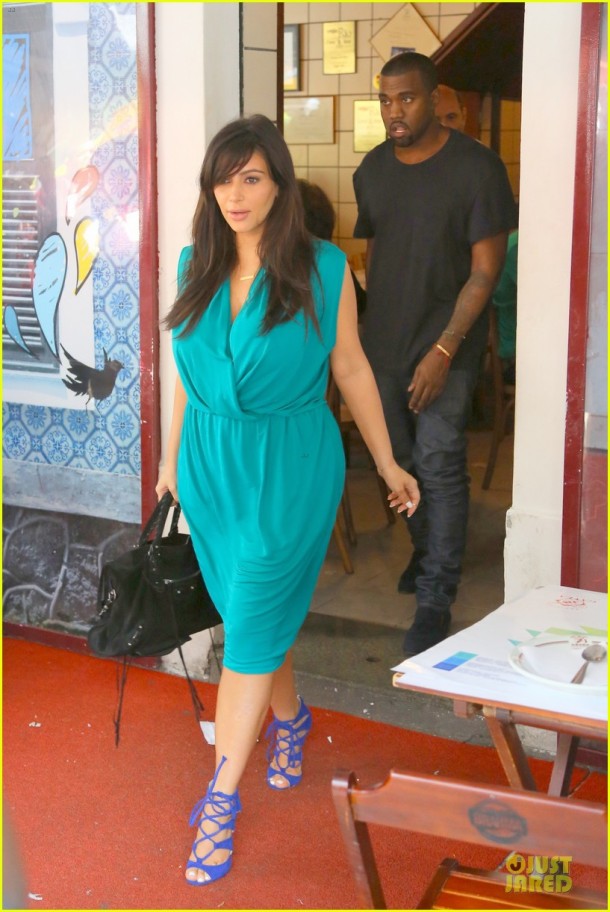 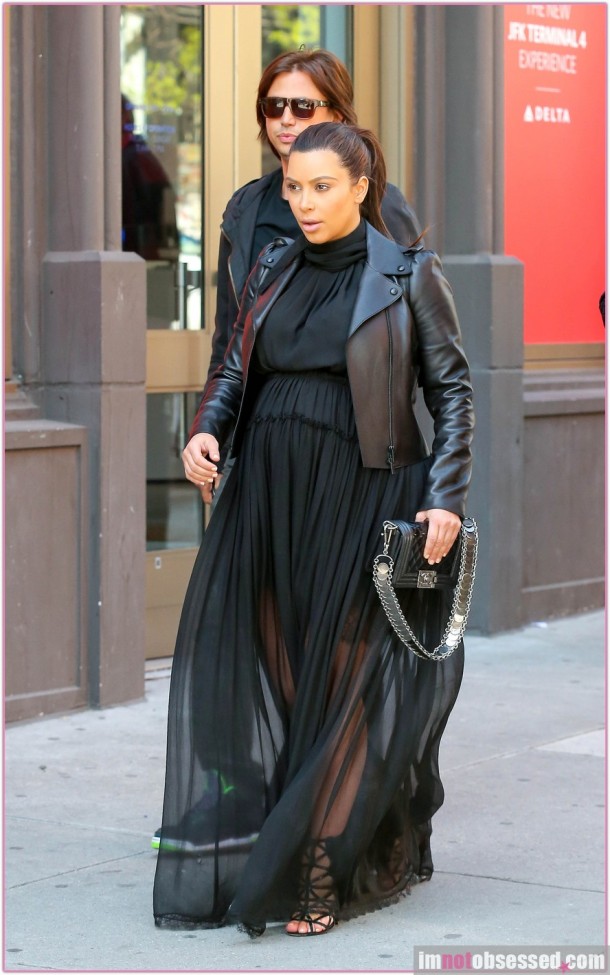 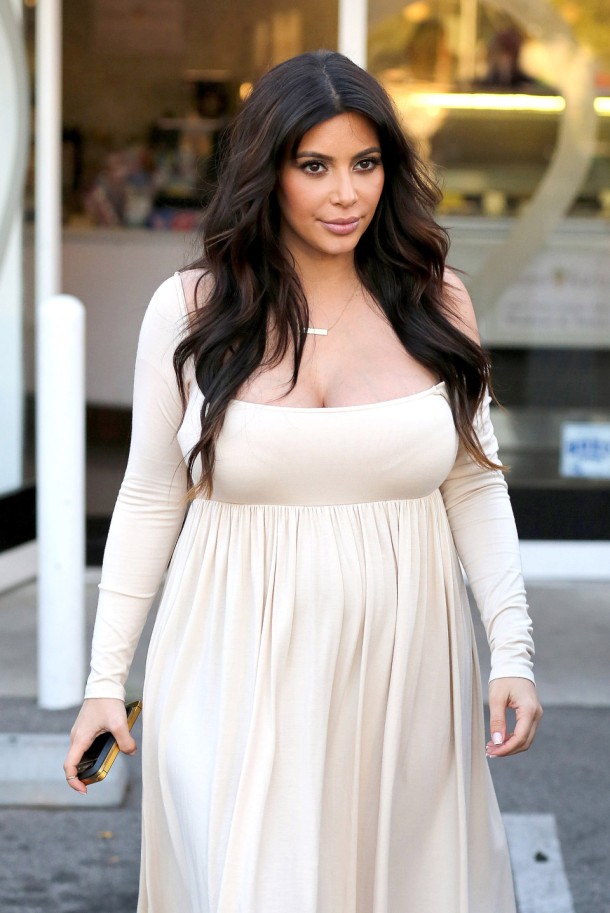 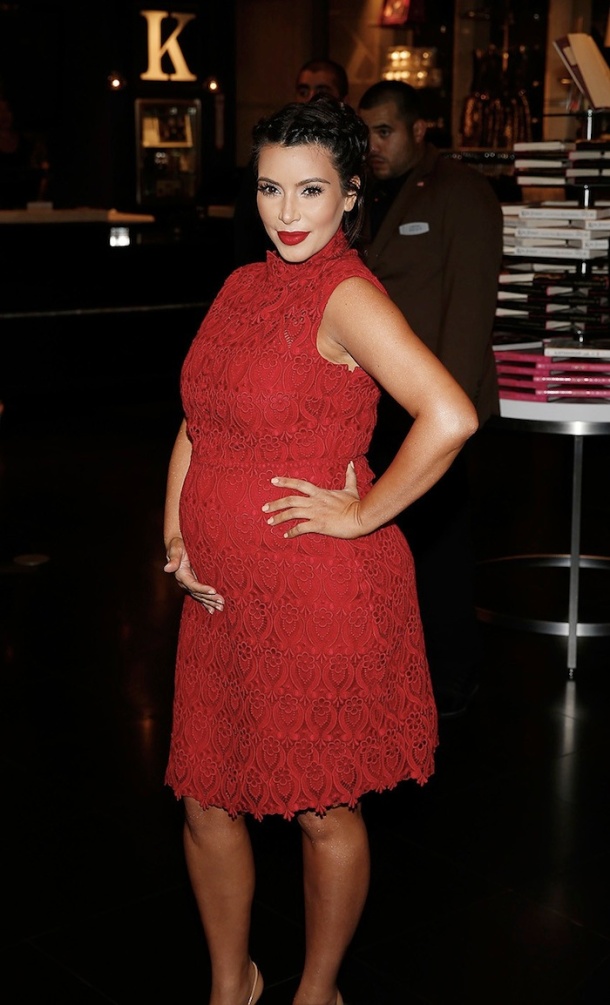 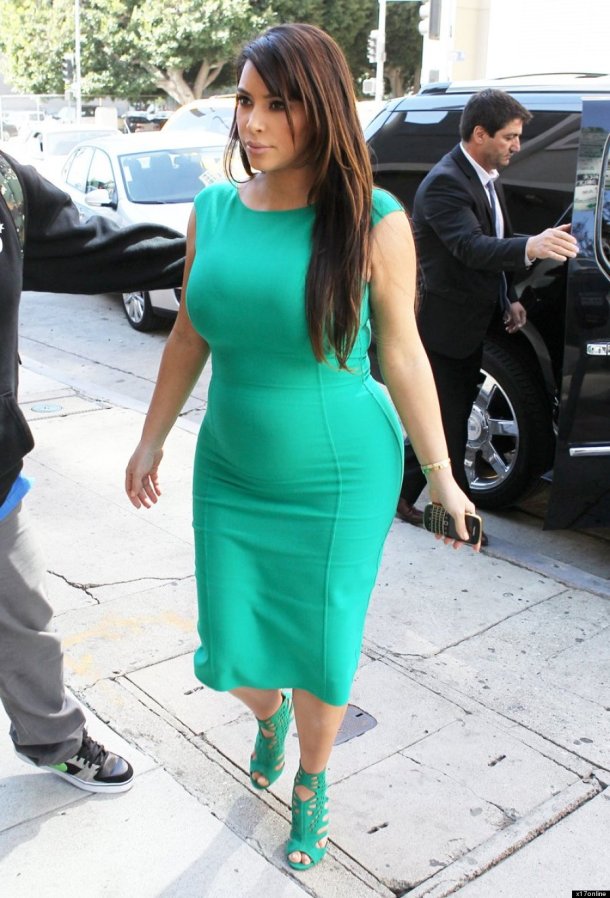 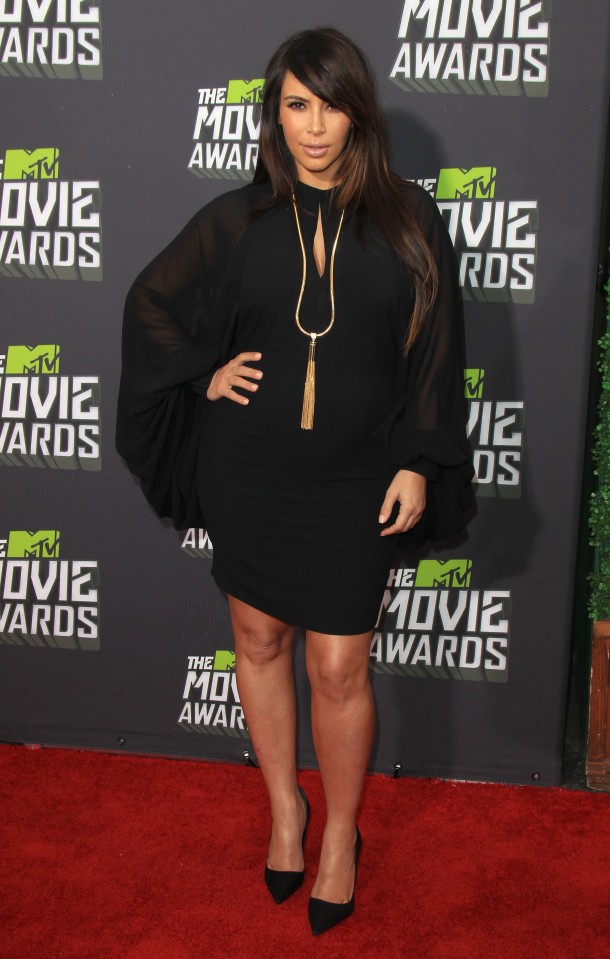 I wonder, are all the style faux -pas then & media scrutinizing due to her own fashion confusion or insecurities? Was it her own desire to prove the world she owns it while preggers on the red carpet – what pushed her to befriend Anna Wintour? Well… Kanye must have had a why behind that, and her wish to attend the Met Gala clouded her good reasoning (fashion wise). Whether Wintour tipped her on the sofa look or not, hardly bares any importance anymore, though we all know by now she was just a tiny bit subjected to The Devil’s own agenda. How? Well… Vogue’s list on the 2013 Met Gala best dressed, for starters? 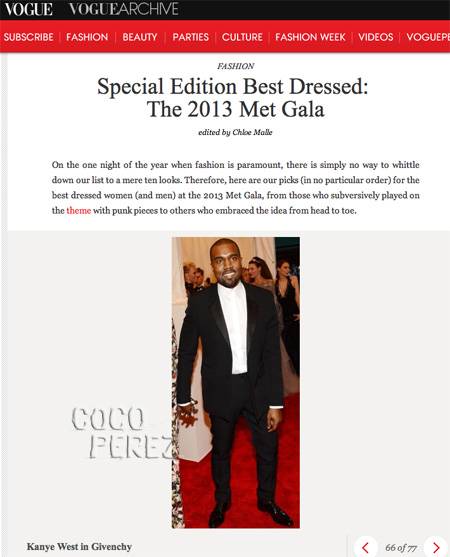 Oh no they didn’t! Kanye sure made it (doh) while Kim was bluntly and quite obviously cut out of the photo! Trying to get the last word through Anna? You just had to have the big laughter at the end, right? Some applauded this, justifying it all on Kim Kardashian’s lack of style and how it was high time someone put her in her place. But wasn’t it a bit too cruel? In a time when bulling is taking its victims too fast, what example are we setting by bulling a pregnant woman over how fat she is, using the fashion pretense? At the end of the day the media is still going to make a big deal out of everything but aren’t there a few boundaries that should’t be crossed? What do you think?

9 thoughts on “Why Is Kim Kardashian Bullied Over Pregnancy Weight Gain?”