I’ve been meaning to do a post on the ’90s revival in fashion and style for some time now, but today, coming across a Johnny Depp video gave me just the right boost & mood I needed to write this. Yes, he was the king of grunge! Still is if you ask me, though today he’s sporting his grunge style with a bohemian-gypsy-intellectual twist to it. He is a bit to be blamed for this ‘90s revival in fashion and style, don’t you think so? 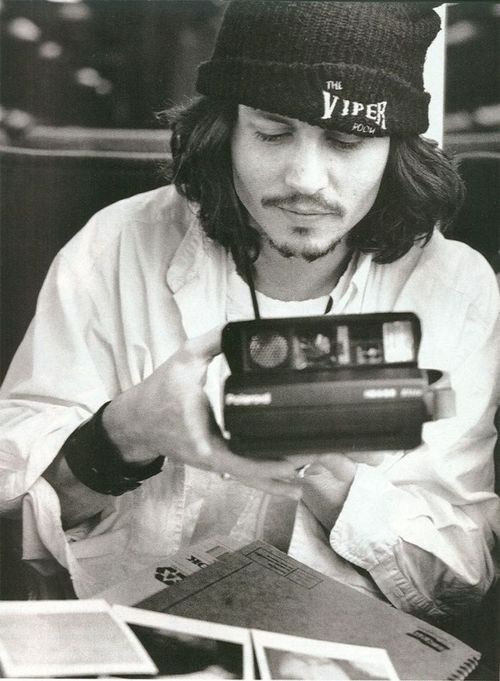 A lot of what happens today on London streets – fashion wise – especially in Dalston or Shoreditch has a lot to do with the ‘90s legacy and influence. From the grunge sexy famous couples such as Johnny Depp & Kate Moss, aggressive, luscious, seductive and rebellious britpop tunes of Suede to a whole different lifestyle. The ‘back in the day’ times – as some like to call them are becoming a reference point in fashion. 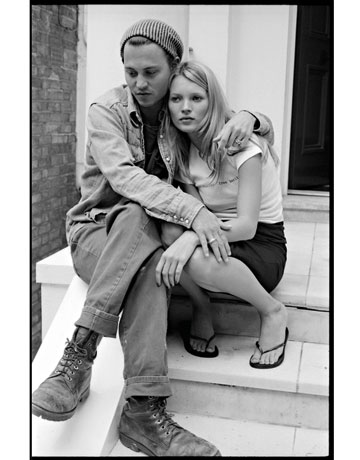 The ’90s fashion was ‘Anti Fashion’ hence the grunge look, the un-styled hair, heavy makeup or no makeup, dark lips, heavy jewelry, boots, big shoes, mens T-shirts, and shirts, hats, long maxi dresses, vintage jumpers, flannels, denim jackets. With a generation of girls who looked up to The Only Real Generation of Models (Naomi Campbel, Kate Moss, Claudia Schiffer, Cindy Crawford, Linda Evanghelista, Karen Mulder etc) or at heroes Kelly, Donna & Brenda from Beverly Hills 90210 while listening to Pulp, Blur or Suede – the best of a woman came out in fashion. An ‘I can’t be bothered attitude’ that oozed sex appeal and gave uniqueness and originality to each woman’s style. It was all right to go out wearing your own mood and being sexy or glam without trying. 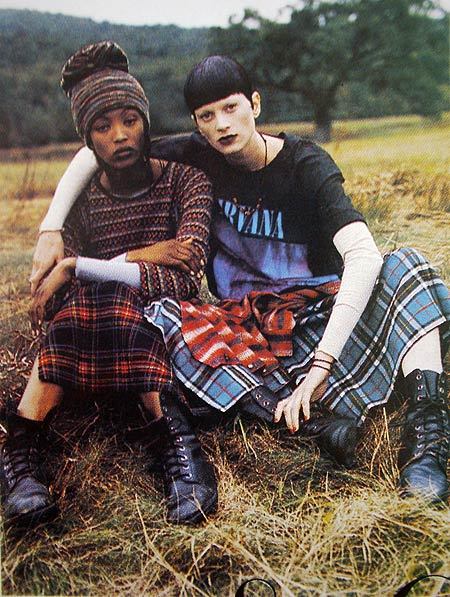 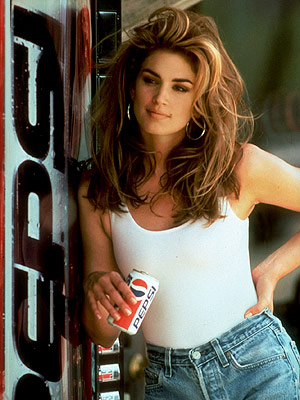 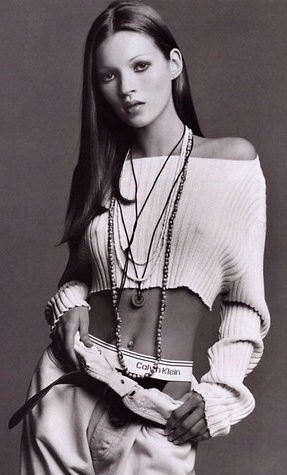 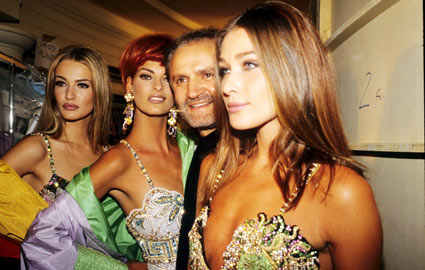 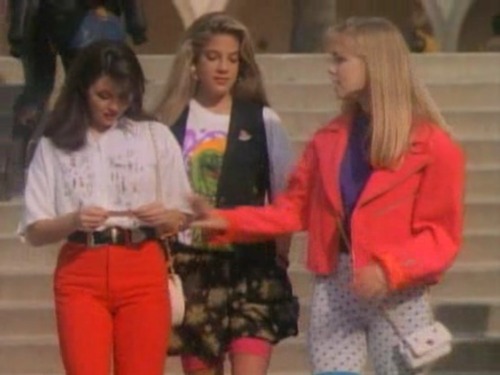 Perhaps we’ve just had it with the likes of Kardashians! So we give a second thought to the anti-fashion attitude of the ‘90s. Or maybe it’s the 20 years cycle that happens in fashion. Anyway it’s not just the streets of London that are invaded with a ’90s revival, but 2012 is the year when Versace made a huge comeback or when London art scene is alert with the Damien Hirst controversial Art Exhibition. Whatever it is I love it.

With an own spin on it, the ‘90s revival and comeback to the 2012 are exactly what we need in fashion. A cleaning and washing out of all that is too rules orientated or stiff or superficial and a nostalgic embrace of all that is free spirited and cool. Yet the 2012 grunge trend, though inspired by, is quite different from the ‘90s. It has a bit of glam to it, a feminine side that seems to have been quite well preserved in this process of fashion decade transition. 2012 is becoming a clash of styles. Grunge but glam. Rock but luxuriant. Dark but feminine. Strong but vulnerable.

From the streets – which are packed with young generations of cool looking rebels, who’s fashion imaginations have no limits and who’s personalities have more courage than we did in 20 years since the ‘90s – to the runways, 2012 are the new ‘90s. Dsquared SS2012 collection had ‘90s rebelliousness & sex appeal written all over it. Kate Moss & Johnny Depp (though miles away from their love story) are still style icons. And still seem to keep within a bit of that ‘90s attitude and inner fashion. Let’s pray for a New Generation of Supermodels, for a new wave in music and for an overall more laid back but awaken attitude in us all.

Until then we’ve got the denim jackets to mix with the floral dresses (and not only), the high waist-ed  denim shorts, the boyfriend T-shirts, the flannels, the hats. Pair all these up with your woman persona: looks, rings, long nails, heels, bracelets, necklaces, bags… Clash the styles and create your own. Don’t care how you look but turn heads. Don’t judge without knowing instead be curious and open minded. Seek quality and originality. 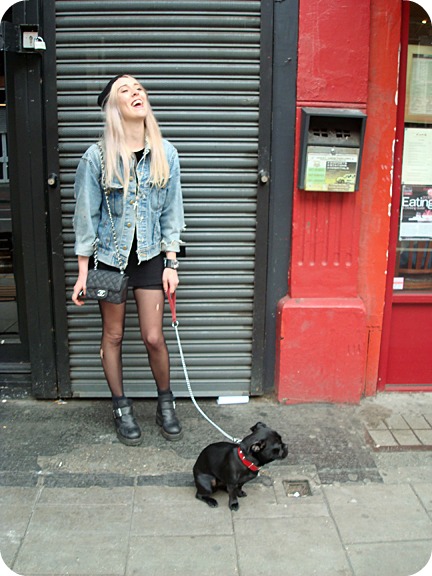 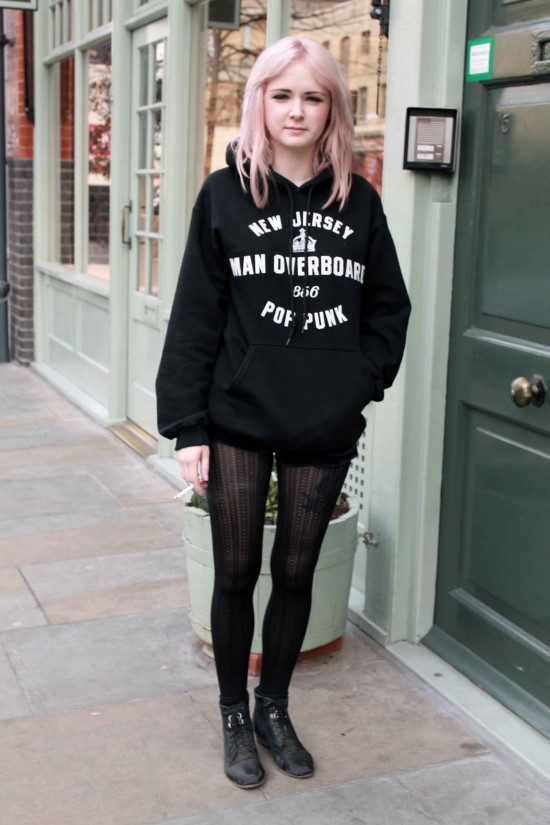 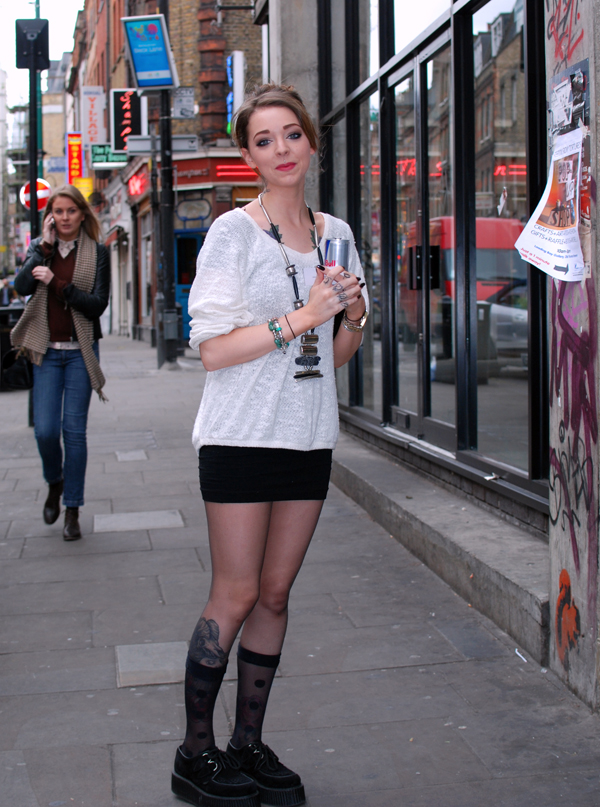 Sex and The City ‘9os Fashion 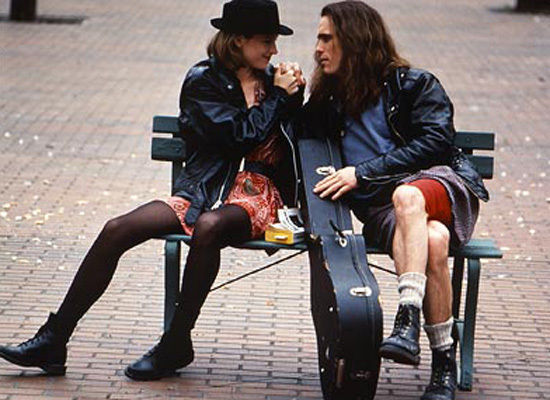 Drew Barrymoore in the ’90s 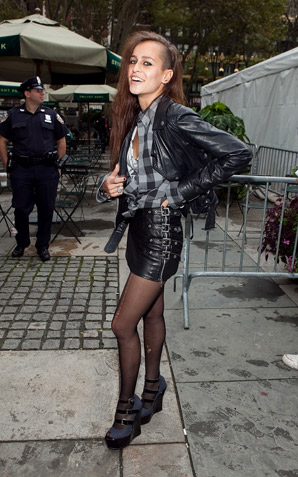 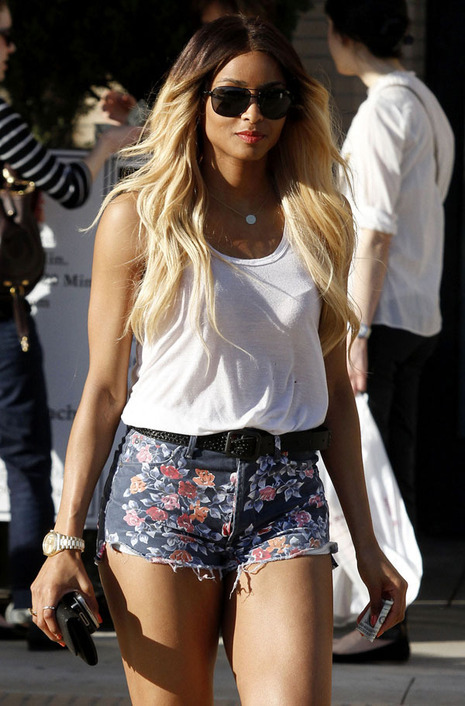 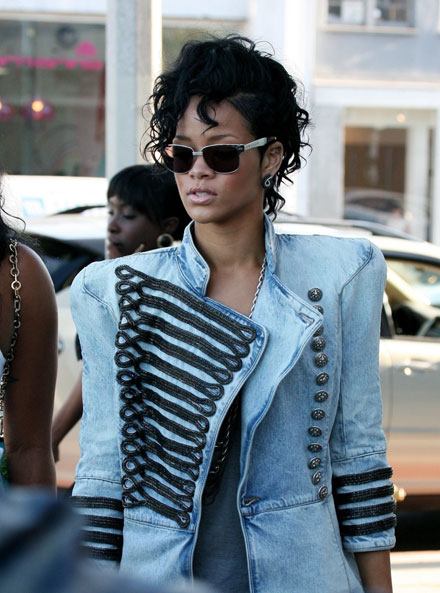 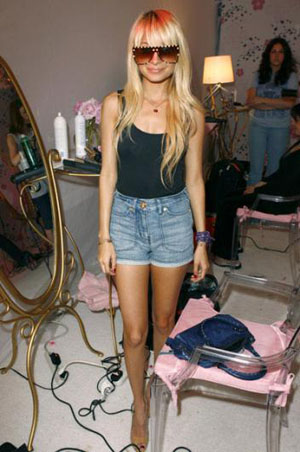 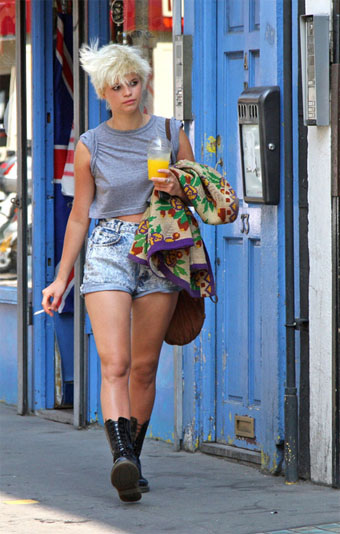 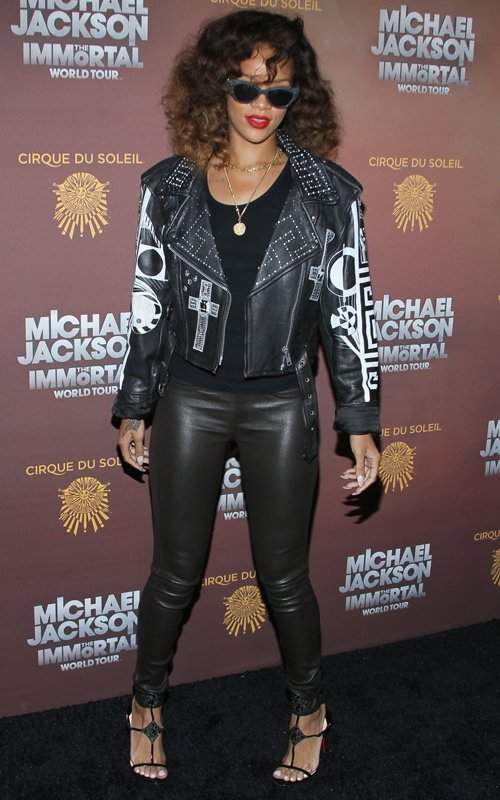 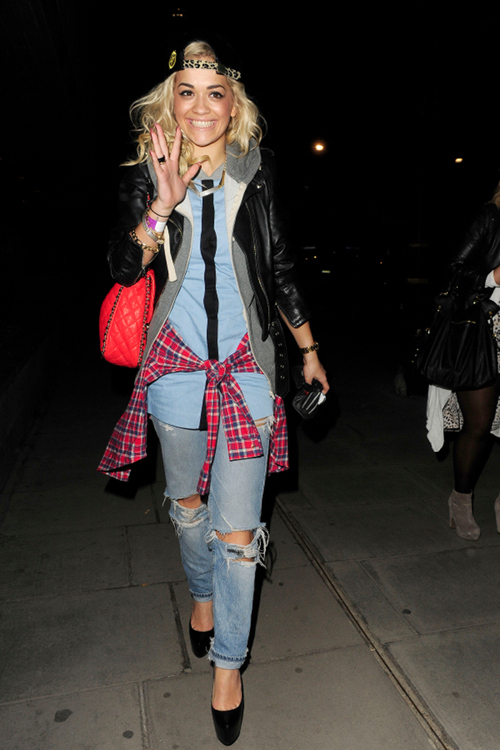 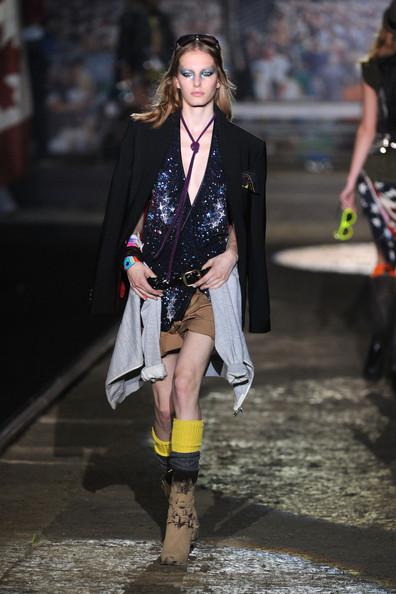